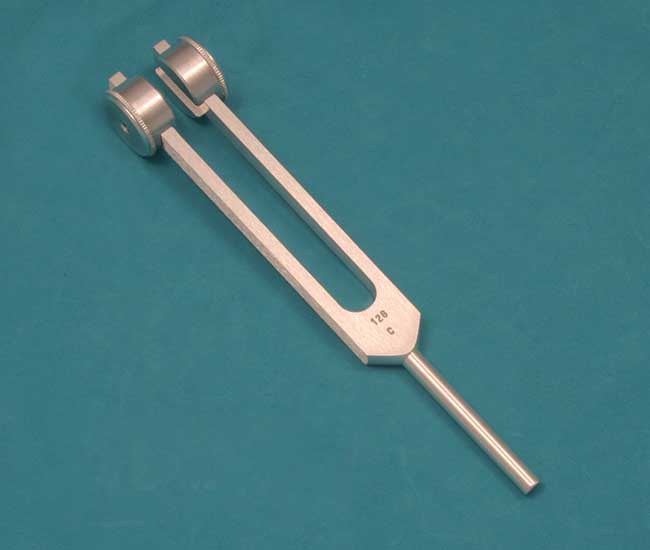 Otto Tuners, also called Osteophonic Tuners, are good for Bones, Muscles, Skin & Hair. They are tuned to the frequencies of 32 Hz, 64, Hz and 128 Hz. You may also recognize that these notes are the 3 octaves of C, below Middle C, which is the note for the Root Chakra.

The Otto 128 Hz Weighted Tuner can be used to project sound directly into bones, joints, sore tissues, or cramped muscles. This fork in particular is known to produce a spike in Nitric Oxide, which has been studied and written about by Nobel Prize winning scientists. It creates the effect known as 'puffing' which describes the rising and falling of this gas in alternating 3-minute cycles. The rising cycle causes our cells to relax, and the falling cycle allows the cells to become more active. The space between the rising and falling cycles creates a still point, where everything is brought back into balance.

All of the Otto forks are weighted, as they are meant to be used on/around the physical body. Weighted forks penetrate much deeper than unweighted, standard forks. Use Otto Tuners to treat skin, hair, bones, joint pain, relax spasming muscles, and release Nitric Oxide into the tissues to promote balance in the autonomic nervous system.