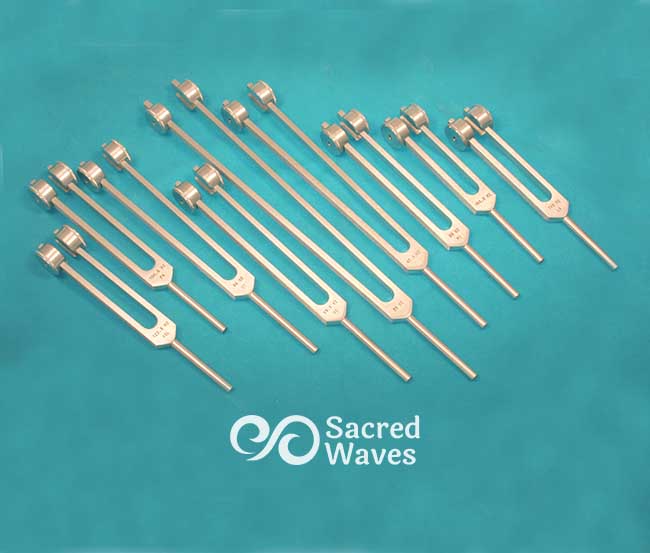 The Body Solfeggio frequencies are 2 Octaves Lower than the Original Solfeggio Set. They are all weighted forks, making it a great set for working directly on the physical body.

All of our high quality tuning forks are Made in the USA. Each fork is triple tuned for accuracy of +/- .25% Hz. A small rubber activator and protective velvet pouch is included.