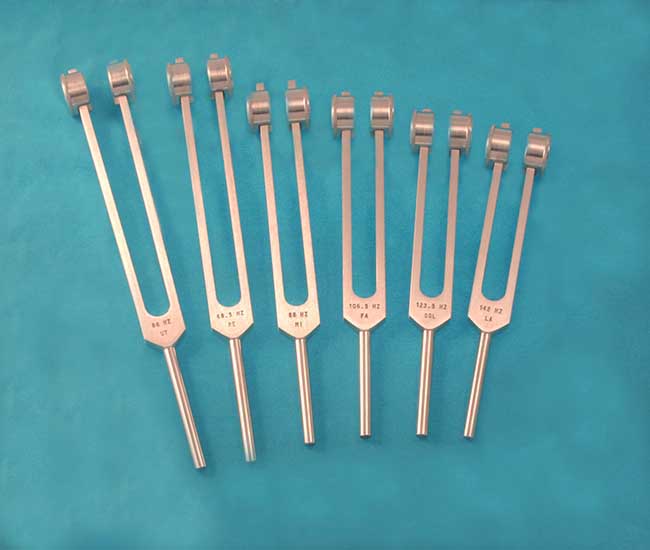 The Body Solfeggio frequencies are 2 Octaves Lower than the Original Solfeggio Set. They are all weighted forks, making it a great set for working directly on the physical body.