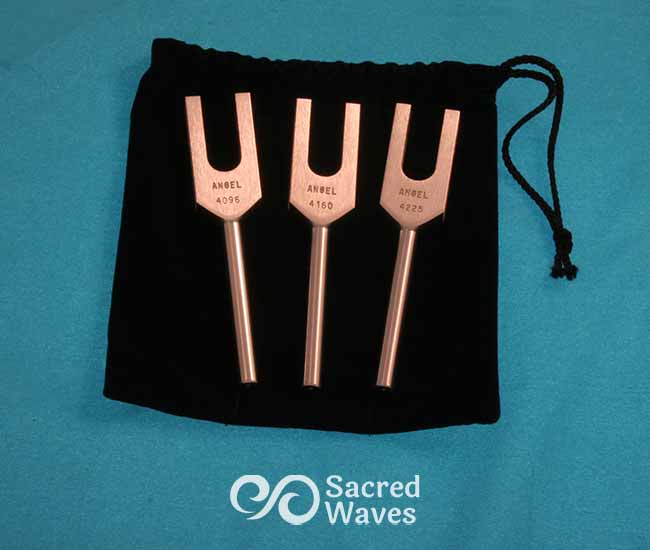 Angel Tuners are high frequency tuning forks tuned to 4096 Hz, 4160 Hz, and 4225 Hz. They are used to clear auric fields and to connect or reconnect with the angelic realms.

Based on the ninth octave of the overtone series, the Angelic Tuning Forks open the passageway to angelic kingdoms. In an overtone series two base tones create a third tone, and those three tones create three higher harmonics, and three lower harmonics, resulting in a total of nine simultaneous tones! These frequencies represent the theological and archetypal energies of Jacob's Ladder, the Stairway to Heaven, and the Pillars of Light. This series was believed to unite Heaven and Earth. A Russian composer, Alexander Scriaben, created a piece called "Mysterium" that was played in India using bells sounding these tones.

All of our high quality tuning forks are Made in the USA. Each fork is triple tuned for accuracy of +/- .25% Hz. A protective velvet pouch and small rubber mallet are included.