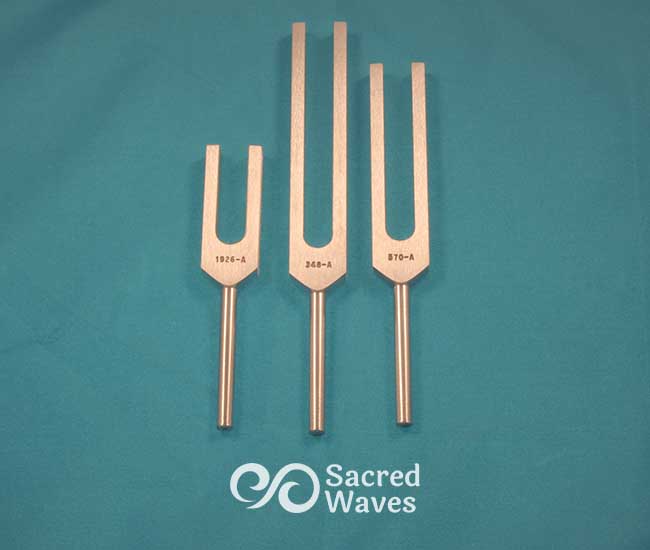 The Angel Solfeggio Forks are 1 octave higher than the standard Original Set. They are often used when healing spiritual issues. If you already have the Set of 6, you can purchase this Set of 3 to complete the Set of 9.