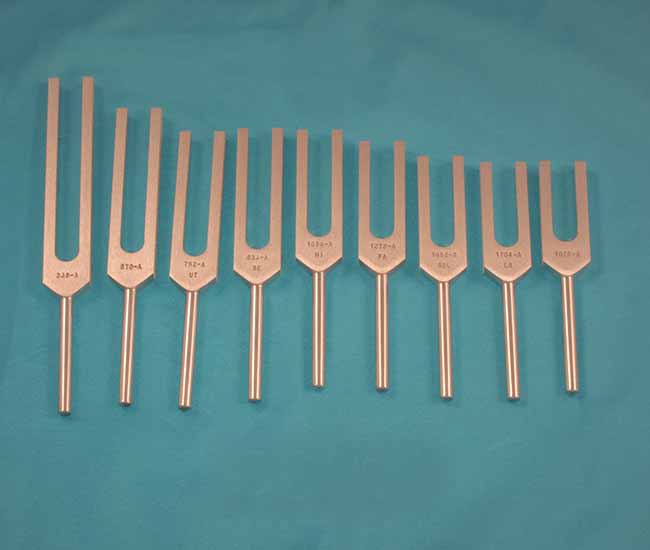 The Angel Solfeggio Forks are 1 octave higher than the standard Original Set. They are often used when healing spiritual issues.

All of our high quality tuning forks are Made in the USA. Each fork is triple tuned for accuracy of +/- .25% Hz. A protective velvet pouch and small rubber activator is included.