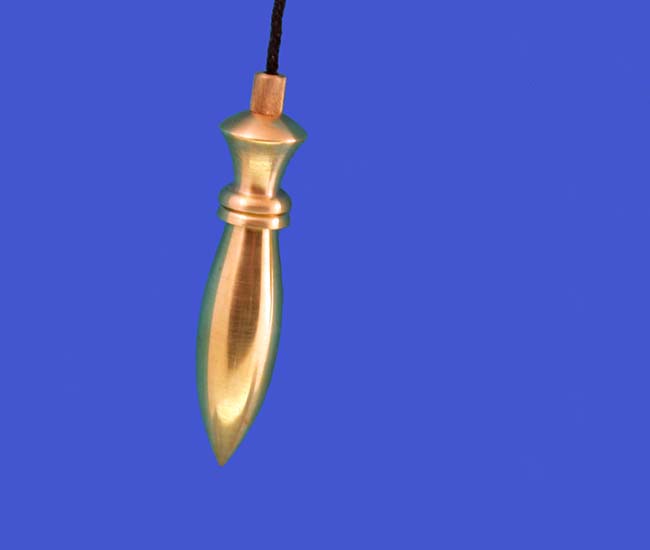 $
39
Out of Stock - Check Back Soon!
Product Information

The Karnak Pendulum is an Egyptian Pendulum that is named after the place where it was discovered, in the Valley of the Kings. The Karnak Temple that was constructed over 2000 years ago still stands today, and is considered one of the wonders of the world. Discovered in a sarcophagus was a sandstone pendulum in this shape, which was used in the construction of the great pyramids and temples.

Radiesthesia has its roots in Ancient Egypt where it was practiced as a precise science. It helped surgeons perform complex brain operations that in our modern times now require very advanced technology. In geology, the Egyptians used a pendulum to find gold mines and water in the Sinai desert.

The Karnak Pendulum is symbolic of the Ankh, which represents the Key of Life. The pendulum was also called, 'The Instrument of Knowing'. It represents the bridge of Heaven and Earth, Spirit and Matter.

This is a Mental pendulum used for sending and receiving, divining, interrogation, and healing.

We also carry this pendulum in a smaller size.

Thank you! Your submission has been received!
Oops! Something went wrong while submitting the form.