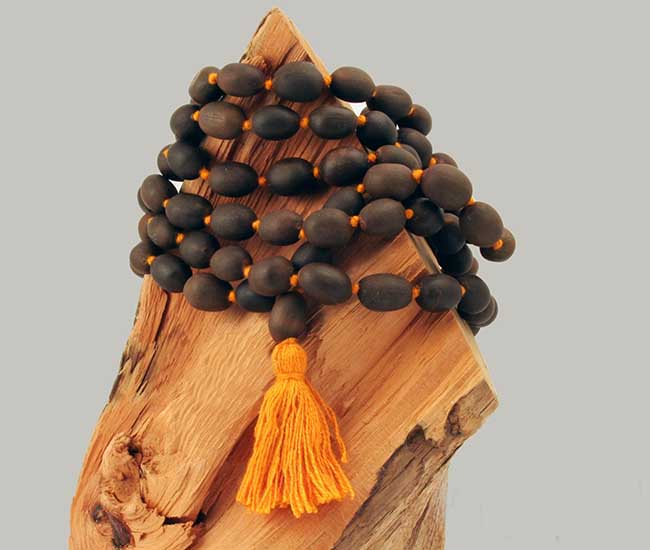 Out of Stock - Check back soon!
$
36
Product Information

Rich, dark brown oval Indian Lotus Seeds emanate a softness for which the lotus flower is known. The plants rise up out of the muddy water to display a spectaular  starburst flower with delicate petals.

Lotus seeds have been documented to still be viable after 100's of years. In 1923, a cache of lotus seeds was excavated from an ancient lakebed in Manchuria. Four seeds were planted, and three germinated. Radiocarbon dating suggested a probable age of 466 years at the time of germination. This is the oldest viable seed for which an age has been determined.

The Lotus Seed Mala is a good choice for overcoming obstacles. It provides a path for spiritual growth through realizing that what falls away in life no longer affects you, just as the raindrops fall away from the flower petals back into the pond.

The length of this Mala is approximately 66" long. Seed sizes can vary, as they are natural.

Comes with complimentary Mala bag for storage and protection.